Okay this is very interesting to me …

… And if you are female you will also find this most interesting, possibly even illuminating.

though, today’s title is a key line from an older movie called “War Games” where a self aware computer finally figures out that nobody wins when there’s war, so the computer says (at the end of the movie to his creator) … “How about a nice game of chess”. I couldn’t resist making that the title.

Second, my purpose with this blog is to share those things I’ve discovered

through personal experience and research. My byline is “curiouser and curiouser” (another classic line, this time a quote from ‘Alice’ from the book, Alice in Wonderland, by Lewis Caroll – note here – The author did not mind being grammatically incorrect. He was obviously inclined to go with being creative with the word usage to emphasize a point 🙂 ).

So here’s the thing that’s curious, in chess guess who is the strongest, most capable piece in the game? The Queen! Yup! The King (when on the chessboard) is standing right next to her, with sword in hand no less. So why is the Queen the one that has such a wide variety of moves at her disposal? The “power” so to speak?

The chess pieces (photographs I took last night) are very unique. I purchased this ‘specially’ made set some

time ago. They are an exact duplicate of chess pieces found on the Isle of Lewis, Outer Hebrides, Scotland under mysterious circumstances. They were found sometime before April 1831 which is when they were first exhibited at the Society of Antiquaries in Scotland. It is believed that the chess pieces were found by a farmer in a small dry-stone chamber inside a sand dune.

The originals are elaborately carved pieces from walrus ivory and whales teeth.

It is now assumed that they were probably made in Norway between the years 1150-1200. The appearance of the different figures (stay with me here I’ll get to the point soon) are northern in their character and strongly influenced by Norse culture. Why

would I purchase these?

It is because my father told me that not only was my heritage Norwegian but also Celtic. There are fairly strong ties to both in that area of the world, hence my fascination.

There’s more to this story so if you’re on time restraints go ahead and hit the “like” button and move onto the next blog, it’s okay I don’t mind, really… Of course then you will never know “the Why About This! lol

So why is the Queen the one with all the power (and would you look at the expression on her face, Oh-My-Gosh! I’m guessing she knows she’s in charge, lol). And for those astute individuals who are just now noticing that those pieces look awfully familiar – a replica of these same 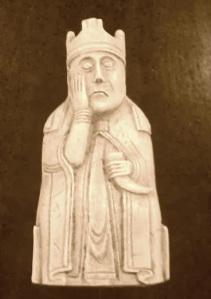 chess pieces was used in the Harry Potter Movies!

The answer to the question is that from a his-torical perspective (notice in most cases that history is from “his perspective not “hers”, just saying…) in the middle ages the Queen – in the game – begins to take on more power. There is no 100% “for sure” reason to account for this change so it does make one wonder why the female (in the game of course) would have the most maneuverability.

My final answer. The Queen is the game changer. Not only does she protect the king, She (we females) think and respond in a manner that lends itself well to change. As our past shows. Through adversity and strife we still keep ‘keeping on’ don’t we. We just don’t give up!

I’m guessing that we ‘as women’ should be pretty proud of all of our ancestors. Proud of who and how we are, proud of overcoming some of our adversities to date and of course very capable of continuing on in the same path for the future of our children, our families, our people and our planet – therefore I say with hope and confidence – checkmate!

Thanks for the visit, I hope your week begins well for you, 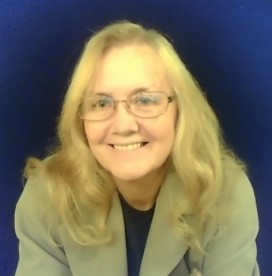 45 thoughts on “How about a nice game of chess!”