This is Penny, yes one of your constituents. I’m having a problem right now, along with most of us other 300 million citizens.

I’m just one American out here in Washington state … but I’m worried. I’m hoping you can help me understand what’s going on.

As I was taught (in school) about the governing process (in our democratic country), our wise founding fathers  set up a counter system of checks and balances to make sure that each branch could (if needs be) check the actions of others. This was done to insure that no part of the government had too much power.

And as I understand it, each of our elected representative’s main job is …

DEFINITION OF Elected Representatives (Senators, Congressmen): Those individuals voted to REPRESENT their local constituents (me and others)

… to help (the duly elected (voted for) TWICE President of the U.S.A. – that’s you) GOVERN our country.

“So WHY, Mr. President is one tiny group of Elected Representatives (see 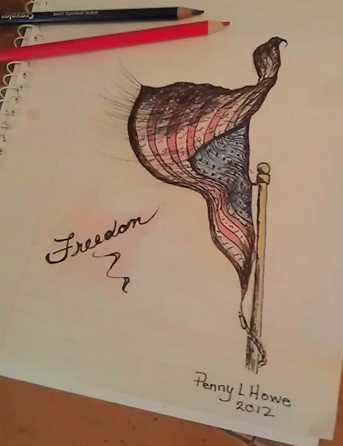 definition up above) in fact one person in particular … holding our Government and the people of the Great United States of America hostage?

Usurping his own elected position by carrying out his own private agenda at the wishes of a very few other people. And doing this at the expense of the American people – BY STOPPING THE GOVERNING PROCESS ITSELF!

Please, answer me. I need an answer. More to the point, I need you the chosen leader of this country to figure out what to do! Soon!”

… and yes I am fully cognizant and aware (politically) of what’s ‘actually’ going on, how it happened, and why. I am being focused with my letter to the President to create (hopefully) a stronger message! I love my country and fellow Americans (all of you) very much, Thanks, Penny

39 thoughts on “I’m just one American – A letter to the President of our great country, USA!”