The “Willy” most of us don’t know. Today he’d be a prolific world class blogger for certain. 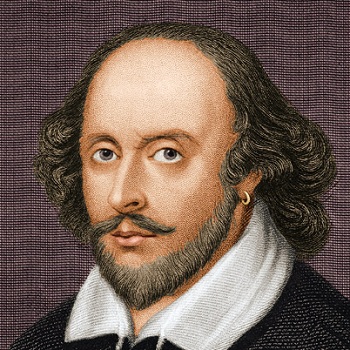 Everyone knows of him, the famous playwright who wrote timeless words.

But the real man behind the words – a different story. Looking at historical documents dated no later than 1635 (The Tudor English kept everything documented) and written comments of people who knew him, he was a “gentle” man who loved life and people. He was warm, friendly, and outgoing. He was also practical and highly intelligent!

He left his town, Stratford, for the city of London. He left to become an actor.

He came to London during a time of great change in the world. Books were now available to the middle class (this was exciting and relatively new). In addition to books, Shakespeare’s London offered fresh and unique information and inspiration – people of many cultures from other lands – arriving daily.

It is easy to imagine that Shakespeare watched and learned from them all, crafting his own style of writing. A drastic change in how authors of that time period were influenced! Huge!

Much of his audience were gentlemen apprentices (who had also come to the city to earn their fortune) or (this was a surprise to me) the women of London.

The Elizabethan women had far more freedom and they took advantage of it. They were intelligent, curious, and playful – like their

Shakespeare knew this. He knew them. Again, one can imagine him being on stage viewing the varying emotions of those in the audience, especially the women. In one of his surviving epilogue he states …“If they smile and say ‘twill do” he knew the play would be a success.

These were the audience he knew and could relate to – and his words? The particular words he wrote … they were crafted for his fellow actors. He knew and felt what was needed (as an actor himself) to get the emotions out to the audience.

He used no rule books for the proper way to write. His education had been gathered from the many peoples and cultures around him during a time of great change! The Willy…you never knew!

Think about the many similarities happening today in the blogging world. A climate of change with merging cultures reaching out to one another sharing experiences and information. Shakespeare would have fit right in.

The Written Word – Yours?

So think on this the next time you post your thoughts, a photograph, a video, fiction writing or other. Who knows what influence you may be giving to future generations? Something to think on!

Thanks for stopping by, I hope your day is filled with discovery.