Where are we going is an excellent question. I don’t believe most of us (each with differing levels of experience and background) really know. We’re currently too busy putting up emotional barriers because, honestly, we’re overwhelmed with information.

Information/graphic/videos that change daily. Information that’s often not complete or accurate. Information based on hearsay, opinion and in some cases pure fantasy. Information being shared for the sole purpose of advancing specific agendas; be they for the purpose of selling something (products, services, ideas, beliefs, politics, etc.) and/or a deliberate attempt to steer us emotionally in different ways.

Remember each human is in their own place and time with their learning curve, so when exposed to large amounts of information, havoc becomes the norm for most of us as we’re continuously exposed to the daily online world’s onslaught of everything.

Consequencely, to discern, separate fiction from fact, to moderate within ourselves the value of various types of social media (which is also heavily corroded/intertwined with advertising) is difficult.

Therefore, with this in mind, for both increased health and sanity, let’s see how this may be accomplished by us. In the meanwhile …

Stay safe and strong. I wish you well.

It’s because they have forgotten author Robert Fulghum’s wise words regarding what many of us learned as kids.

“These are the things I learned (in Kindergarten):

1. Share everything.
2. Play fair.
3. Don’t hit people.
4. Put things back where you found them.
5. CLEAN UP YOUR OWN MESS.
6. Don’t take things that aren’t yours.
7. Say you’re SORRY when you HURT somebody.
8. Wash your hands before you eat.
9. Flush.
10. Warm cookies and cold milk are good for you.
11. Live a balanced life – learn some and drink some and draw some and paint some and sing and dance and play and work everyday some.
12. Take a nap every afternoon.
13. When you go out into the world, watch out for traffic, hold hands, and stick together.
14. Be aware of wonder. Remember the little seed in the Stryrofoam cup: The roots go down and the plant goes up and nobody really knows how or why, but we are all like that.
15. Goldfish and hamster and white mice and even the little seed in the Styrofoam cup – they all die. So do we.
16. And then remember the Dick-and-Jane books and the first word you learned – the biggest word of all – LOOK.”
― Robert Fulghum, All I Really Need to Know I Learned in Kindergarten

I think we’ve got the “Looking” part down pat, but most of the other rules, the ones related to good behavior seem, for many, to have gotten lost. And it feels like the more we stress “social correctness”, the more we see the breakdown of basic, good, everyday manners. Our politicians and other “people in the news” are certainly among some of the worst. But we’re (the private individual) not far behind them. Just go online for any subject, in any social media to find the very worst of how humans can be.

Don’t get me wrong, the very best is out there too, but there are those days when it seems we have to wade through the negative to get to the positive. Come on guys, knock it off. We’re better than that.

When we’re out there making a positive difference and helping others we illuminate the best of who we can be. And sadly there’s not an “app. for that”, so it’s up to us. Let’s be more focused on what’s right and less on what’s wrong.

And let’s be polite and show respect (this includes politicians of all parties). We’re getting darn tired of our politicians behavior, and I believe I speak for most Americans, even though we may individually disagree on a given issue, we all expect better of those we’ve elected to represent us in our government.

So that’s all – just so very weary of negativity. Hopeful for lots more positiveness, which is when things really do happen – for the better.

Have a positive “rest of your week”,

The Setting: An executive office of an International News (muti-media) Channel! Two executives having a private conversation.

“What do you think?”

“I think it’s brilliant. Why hasn’t someone thought of this before?”

“You know how ideas are, they’re just suddenly there!”

“So, have you found the person to fill this new position yet?”

“No, I have a few excellent prospects though. But I need to be extremely careful in the selection of this person. He or she will have a lot of control!”

“Well, I can understand that. You’ve settled on the name “Emotional Media Coordinator” then?”

“Yes, has a nice sound to it, don’t you think? This person will single-handedly train the first group of EMC’s Emotional Media Coordinators, whose sole task will be to follow our daily ratings and inform our media centers when they need to change the emotional mix of news being presented.

When the ratings are up they’ll send the message to include some “upbeat and fun” happenings in the news, or

perhaps some “new goings on in the science/art etc world. When the ratings begin to drop the Coordinators will send the message to play up the ‘negative news’ . You know, political happenings, disasters, scary things happening, ha, ha, lots of that out there! In the final analysis we will have our thumb on the emotional pulse of our viewers manipulatung their feelings so they’ll want to ‘stay tuned’, as it were!”

“I know we’ve already been doing that, generally speaking, but having a specific group to review, analyse and determine what we broadcast, and when, based on the numbers will really be a boost to our ratings.”

“Yes I’m sure it will. It’ll allow our “people” to “know” the type of content to show as well as how to emotionally present it to the public! This is just excellent.” The future is looking better and better – at least from my view of things – ha, ha, ha, get it … view of things … ha, ha, ha!”

This was a piece of fiction. Anyone surmising that this might actually be going on is … well happily entitled to their own opinions! They are your own opinions aren’t they? Well of course they are, Right? And just so you know I’m not biased, News reporters are people too!

~ Thanks for dropping by, 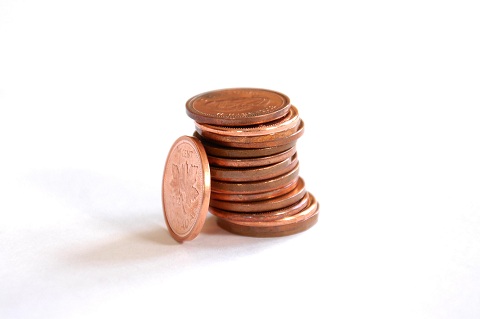 Yesterday Canada began phasing-out its Penny by saying it costs too much to produce.

Google is marking the passing of the Penny with a dedicated doodle on its Canadian home page.

New Zealand, Australia, the Netherlands, Norway, Finland, Sweden and others have also dropped the Penny.

In American the U.S. Treasury Department says the administration is looking at cheaper materials to make the Penny, which is now made of zinc.

Two separate bills calling for the end of the Penny so far have failed.

But for how long. The pressure is on! The Penny is going the way of the Dodo bird, sigh!

This Penny plans to be around for a long time, no worries there, but it is sad to see the fate of the coin that I was named after. And of course all those wonderful sayings – will they soon have no meaning? I guess only time will tell.

A “Penny for your thoughts” on this one, 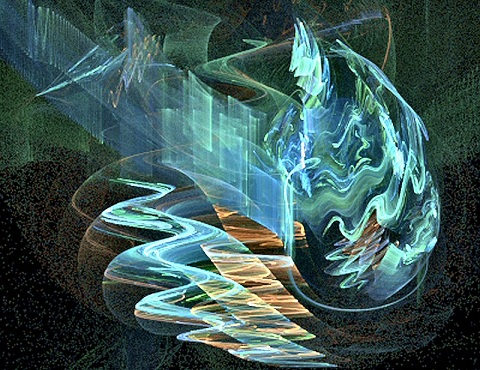 The Rhythm of Dancing

Not all, but most of us love dancing in some form. The sound, the rhythm, the beat. The body’s movements synchronized to melodious sounds. Modern, Ballet, Rock, Classic, Traditional, so many different forms of dance around the planet.

Four days ago at Caans, it was announced that Michael Flatley (Lord of the Dance – stepdance superstar) and

Harvey Weinstein (Oscars) will be producing “The World Dancing Awards” to be aired in the Spring of 2013 most likely around April after the Oscars and the Grammys.

Michael Flatley called the project “a dream come true” and said the show would honor both the best in current dance talent as well as the great dancers of year’s past, from Fred Astaire to Michael Jackson.

” I think people have underestimated the popularity of dance around the world,” Flatley said. “But it is huge and it is only growing.”

Today all of us need to be reminded of the beauty in life – that which makes us feel good. Dance is definitely one of those things. For your entertainment I would like to share Michael Flatley at his finest along with his amazing troupe of dancers. Enjoy.

Have you danced recently? Thanks for stopping by. I hope you enjoyed your visit today.