“The very young and the elderly extend a loving touch far better than many. Either from purity of action or a greater understanding of the importance of love.

One is innocence, intuitively reaching out. The other, acquired wisdom reaching out to knowingly make a caring difference. A good idea to spend time reflecting on this!

Have a wonderful day today, many blessings to you and your family on a day of Thanks giving!

Animals do the cutest things, without even trying,

bringing smiles to our faces every time!

Take time to smile today, a heart healthy thing to do.

“The wonderful thing about nature is that

we never tire of it’s diversity, beauty and natural self!”

“Well excuussseee me! I don’t see your name on it, Dave!”

(Stay tuned to see how this plays out. Will Dave be able to keep his post? Or will Joe hang on to the post he now considers his own. Actually they both see a cute chick and leave in just a little while to see where she’s heading – so having a post becomes a moot point!) 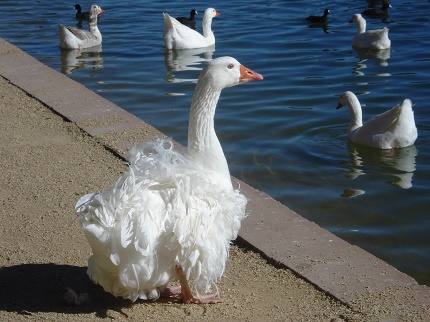 Time For another flash fiction (more or less – oh alright, short story) for SUNDAY PHOTO FICTION, brought to you each week by Alastair, the Hoster (that’s the male form of Hostess, for all you folks who aren’t into etiquette) to find out more info or take part, yourself, (as the writer) check in right HERE for more details. My story follows based on the photo below! 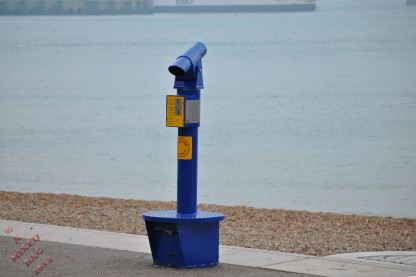 “I don’t think I can stand still much longer.” (says the alien speaking telepathically to his captain who is still on board the space vessel.)

“No, we need you to stay right where you are and whatever you do, don’t move. Stay completely stationary in that pose. We’ve fooled them all so far.”

“When we received the diagram of this figure and were able to create you to look just like this, we knew it would be just the thing.”

“Again I ask, for what exactly?”

“You’re mingling with the earth crowd.”

“There is no crowd. Only every now and then a rude bi-pedal creature comes along and puts some kind of awful tasting round metallic food in my mouth, and twists my head. It’s really uncomfortable, not to mention embarrassing. I don’t even have any arms to push them away.”

“But we’re learning so much.”

“Where’s your sense of adventure. We’re a science vessel and you’re here on Earth, passively collecting information. Aren’t you excited?”

“No, I just want to leave. To tell you the truth, I feel stupid and stiff and OMG (gosh), I’m blue. I’ll never live this down when I get back to the spaceship. I’m going to be the butt of every joke the crew can think of.”

“Oh, alright I’m bringing you up, but with incomplete information, we won’t be able to come back this way for a long time.”

“And that’s the first intelligent thing I’ve heard you say. Farewell Earthlings. We’ll come again when we return from infinity, ha, ha, ha!” (Alien voice echoes in the breeze as he disappears from view.)

Hope you enjoyed my silly romp of fantasy. Have a great day and better tomorrow,

In nature there are all kinds of days. Good ones and bad ones. Mother nature works that way. Yet almost every single one us enjoys watching nature in action when it comes to the care of the little ones. Cars will stop (I’ve seen this happen myself) to allow a duck and her ducklings safe passage across a busy street, also with deer and their youthful fawn!

It’s this immediate “feel good” feeling we get. I don’t know if it’s watching the continuation of life, or some more basic instinctive thing left over from when we were young ourselves.

But I do believe, on those days, when we see any young life renewed, it is a most superlative day (in my humble opinion) to witness the event!

Thank you for stopping by, I hope your week is going well, with a few superlative moments thrown in for good measure!

… and replaced it with one half empty!

I’m simply not sure how it happened
It was there for all who could see,
But now it has changed
things all rearranged
My glass is half empty to me.

I’ve always seen things from the plus side
A most agreeable place one can be
But now alas
I view all I lack
And wonder what next I will see.

Even during the times when it seems as if things are more than you can handle, hang in there. During adversity there will be others who care, showing up to make the difference, if you let them.

Keep your heart open, your courage strong, and your faith undiminished. Know this too shall pass. Be good to others and take care of you. Remember, if you don’t take care of yourself, you may not be there for the ones who need you!

We have all the time we need for the things that really matter.

We always have, we always will.

Important to remember at any time of the year!

Nothing more, nothing less, only Love ~ Always!

“Hey, whatcha’ hiding under there?”

Your soul is beautiful. Don’t hide it under the shell of your physical body!

Come out and shine. Be brave, live life, make a difference for yourself and others. Even as you know there will be bad mixed with the good, at least you’re out there being a part of life! Your life!

And that matters. A Lot. It matters to you, and to those you care about who care about you. Whether you believe this or not! It’s true. Trust me on this one.