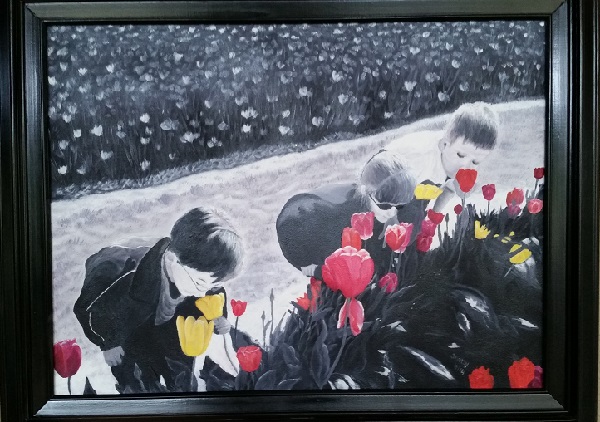 In my family (if you recall the photo I recently posted) I have two wonderful sisters, each of whom I love and adore. Each are also very talented. Today my sister, Jeannette sent me a picture of her latest painting. She used a photograph taken by her son (an excellent photographer) of his children in a flower garden, as her models.

I’m sure you will agree with me this is one beautiful painting, and I am immensely proud of her. The photo is shown here with great pride and love.

Jeannette, my wonderful and beautiful sister you are exceedingly talented!

All my love to you,

Did you know that most women will stand up and fight when their family’s well-being is threatened? Did you know that in more and more countries women are better educated and making a greater difference, not just at home but in the community and far beyond?

Did you know there are more images of the “beauty” of women than any other, on the planet? Did you know that some of the most beautiful and enduring poems and stories ever written – have been written about the love for a woman?

SO WHAT DOES IT SAY ABOUT OUR HUMAN SPECIES … when (according to the most recent statistics from all countries on the planet – including the “free” and progressive USA – currently trying to take away some of a woman’s rights) so what does it say – when BRUTAL VIOLATIONS AGAINST WOMEN are the most ignored, tolerated and dismissed in our justice system) of any crime on our planet? (And most domestic violent cases go unreported for the same reasons)!

What does it say?

And I guess for me, my main question is, “where, do we … (Parents, Grandparents, Brothers and Sisters, Family members, Friends, Associates, Fellow humans) … where, do we tell growing young girls they can go to be protected (from violence directed “specifically at them” because they are “females”) in life, when it’s not their home, their community or their country? Where?

My personal plea to you –

“There is no justifiable excuse for cruelty – None!” – PLH

“Is it perhaps time for the “silent majority” to do something about this – NOW! And do you really care enough about your Mother, Sister, Family member, Friend, Any female, to really make a difference? Or are you going to let this continue! Because it’s getting worse – guys, a whole lot worse!

And bottom Line – what does this say … about us!

Don’t give me the numbers of your age!

Tell me what you’re doing with them!

If you’re a female, in many countries you live longer, are happier, better educated – in spite of having to work harder, multi-task between work and home … and pretty much have fought every inch of the way and are still fighting to have equal rights! (What’s up with that anyway? Can’t you guys figure it out!)

WELL, Cher says it all! And her age numbers 67 years!

And She has the right of it! We’re strong! Strong enough to rise above … as we’ve proven again and again and will keep on … until there are no barriers left!

“On those loneliest days when you feel such despair
Reach out your hand, a friend will be there!”
* 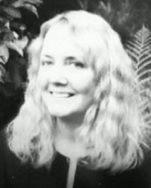