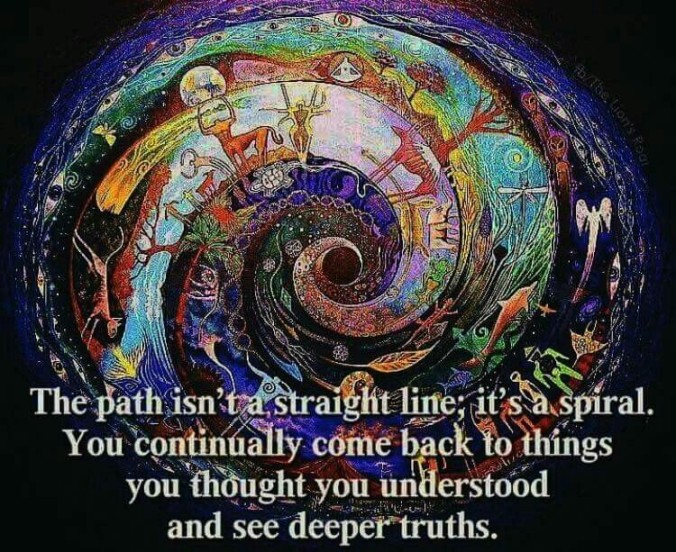 Words, words words. They’re amazing things aren’t they? Drifting in, around and through our thoughts and emotions connecting with or latching onto every bit of life’s often overlooked creative aspects and/or acquired wisdom in our daily, sometimes meandering advenures.

Those minutiae of flotsam within life experiences, frequently add to an artisan’s imagination, collaborating with her/his words to bring forth the profoundness of a thought, idea or expression.

On the one hand we’re blessed with this finely honed awareness of life, on the other hand it can often lead us far from our original intent as life is a never ending spiral where the old gives way to the new (and upon occasion revisits the old again) and as we all recognize about change … well … it’s constant, whether we wish it were so or not.

I believe the key here is to embrace change as often as one can, recognizing that even during its turmoil, within its essence is an neverending source of information and inspiration for the next great thing you shall write, my creative soulmates.

Thanks for reading my written thoughts. I wish you well.
~Penny

“Stay writing, no matter what. The water does not flow until the faucet is turned on” ~ Louis L’Amour

That’s it. The one thing every single successful writer will tell you is that they write – a lot – whole bunches & bunches of words.

All the other things you’ll need to know about editing, publishing, marketing etc. you can research and learn … when you’re not writing!

Thanks for stopping by, have a great weekend – are you writing? ☺

Whether you are a dedicated writer or an avid reader, it is passion that moves you.

For the writer it is the longing to write, his or her passion – to embrace the muse. For the reader of the written word, their desire – to be passionately moved by the words in some manner.

The following prose is a dedication to those who love to read and write, for it is a truth; you cannot truly have one without the other.

There is that … in your words,

exciting passions from within.

Ethereal and gentle they provoke

Your words move, readers slide into your words

Honed words are your tools to be shaped.

endless and enduring from the written word.

Your passion for writing … to be shared with the reader.

How many of us have said or heard the words “I Can’t”. All of us, and everyone is my guess.

I recommend the following: Follow you heart, don’t forget your dreams. Discipline is important. Understanding that effort  + action will achieve results. Also research is important, spend a little time researching the “what & how” to do something . Put passion into this as well. Just don’t use the words “I Can’t”, because it isn’t true, you know … You Can!

Most mighty things – begin very small. Many great achievements were made with very slow and hesitant steps towards a goal. Success happened because those who achieved never stopped. Perhaps they’d regroup or pause and start over, but they never stopped.

Don’t speak to me about can nots

Don’t try to stomp on my dreams,

And my words are all there in my Reams.

The Reams of my paper seem endless

But I’m true to myself and I’ll say what I say,

I’ll never give up or stop trying,

Holding fast so that nothing can ban.

My dream is to write and so I shall write,

Thank you for stopping by,

Time For another flash fiction (more or less – oh alright, short story) for SUNDAY PHOTO FICTION, brought to you each week by Alastair, the Hoster (that’s the male form of Hostess, for all you folks who aren’t into etiquette) to find out more info or take part, yourself, (as the writer) check in right HERE for more details. My story follows based on the photo below!

“I don’t think I can stand still much longer.” (says the alien speaking telepathically to his captain who is still on board the space vessel.)

“No, we need you to stay right where you are and whatever you do, don’t move. Stay completely stationary in that pose. We’ve fooled them all so far.”

“When we received the diagram of this figure and were able to create you to look just like this, we knew it would be just the thing.”

“Again I ask, for what exactly?”

“You’re mingling with the earth crowd.”

“There is no crowd. Only every now and then a rude bi-pedal creature comes along and puts some kind of awful tasting round metallic food in my mouth, and twists my head. It’s really uncomfortable, not to mention embarrassing. I don’t even have any arms to push them away.”

“But we’re learning so much.”

“Where’s your sense of adventure. We’re a science vessel and you’re here on Earth, passively collecting information. Aren’t you excited?”

“No, I just want to leave. To tell you the truth, I feel stupid and stiff and OMG (gosh), I’m blue. I’ll never live this down when I get back to the spaceship. I’m going to be the butt of every joke the crew can think of.”

“Oh, alright I’m bringing you up, but with incomplete information, we won’t be able to come back this way for a long time.”

“And that’s the first intelligent thing I’ve heard you say. Farewell Earthlings. We’ll come again when we return from infinity, ha, ha, ha!” (Alien voice echoes in the breeze as he disappears from view.)

Hope you enjoyed my silly romp of fantasy. Have a great day and better tomorrow, 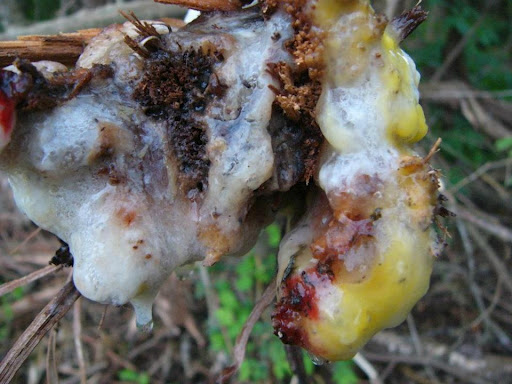 The Thing About Foam!

Foam, the essence of yin and yang.  Occurring in nature, foam can be a part of creation or found at its decomposition at the end of life. Foam produced from soap gives one the feeling of cleanliness and health, while foaming at the mouth is considered a symptom of disease.

An exceedingly popular foam is found at the head of things a’top a perfectly poured mug of beer. The pouring  and procurement of said “head” an art in and of itself, alluding to the fulfillment of taste in the brew itself. All in all a most satisfactory balance to life.

Friday Fictioneers is a wonderful way to practice and improve your writing skills, visit with other writers and have a great time of things in the process. Be sure to check it out. Just ask for Rochelle, the hostess with the mostest.

The truck stood waiting. His tricked out, shiny and sleek, big rig, 18 wheeler. The engine had been idling and now was warmed up and ready for him to go on his midnight run to the city and then out into the far lying reaches of numerous small towns, delivering goods that wouldn’t be delivered if it wasn’t for him and his mighty truck … 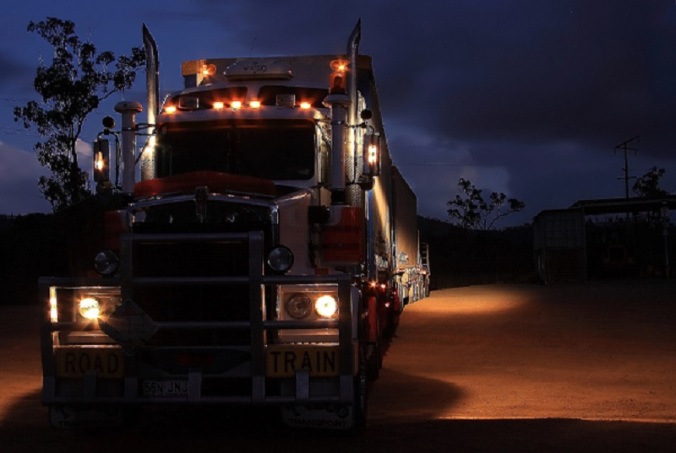 … In the harsh light of reality’s morning sun, he rolled out of bed. After several cups of coffee and a quick breakfast he was on his way. Not in the 18-wheeler, but in a much more modest truck, picking up trash people left by the curbside each day.

Throughout the early morning hours he filled the back of his truck with the multitude of various unwanted things, finding (as usual) he couldn’t wait to return home so he could  rummage through the discarded items. His price for removing the trash.

Amazing that one person’s trash is another person’s treasure. Inconceivable how many quality items he found and resold, adding to his “dream truck” kitty.

One day … one day he vowed, he’d have enough money to buy the truck of his dreams. To be a real trucker,  to pick up and deliver cargo or “goods”. Being on the road – for real. Living the dream.

Until then he’d depend on his trusty little truck to get the job done. He was a trucker after all, even if for now – it was only in spirit.

Have a great week ahead, keep working towards your dreams. Dreams do come true.

Feedjit Live Blog Stats
The Why About This
Blog at WordPress.com.